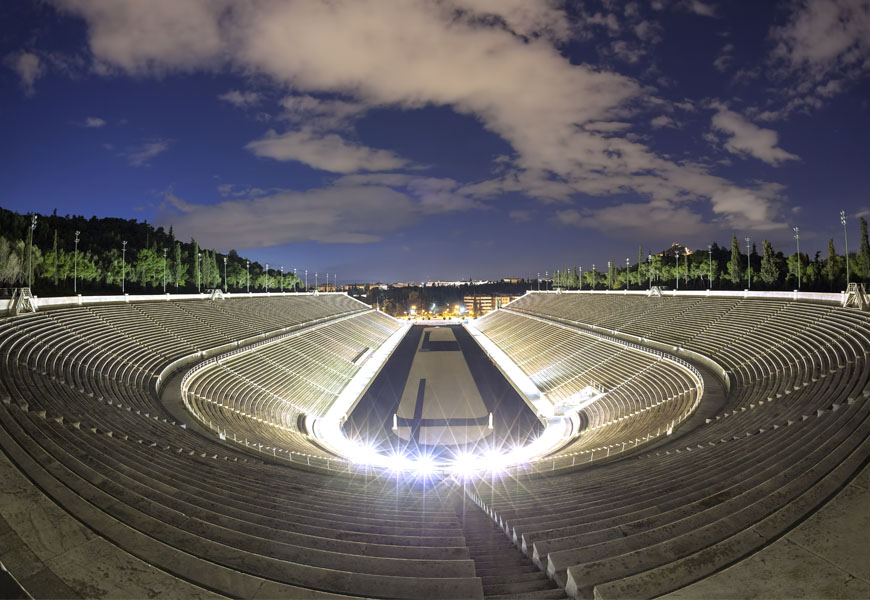 Built in a natural hollow section of the land between the two hills of Agra and Artemos, over the river Ilissos, the Panathinaic Stadium is the only stadium in the world that is made entirely of marble. Initially, a stadium was built in the area of ​​a simple horse race track by the Athenian politician Lycurgus in 330 BC, mainly for the Panathenaic Games. It was rebuilt from marble by Herod Atticus, Roman senator of Athens, in 144 AD and had a capacity of 50.000 seats. After the rise of Christianity in the 4th century it was largely abandoned. The stadium was excavated in 1869 and hosted the Olympic Games in 1870 and 1875. After renovation, he hosted the opening and closing ceremonies of the first modern Olympic Games in 1896. It was used for various purposes in the 20th century and once again used as an Olympic space in 2004. It is the final point for the annual Classic Marathon of Athens.