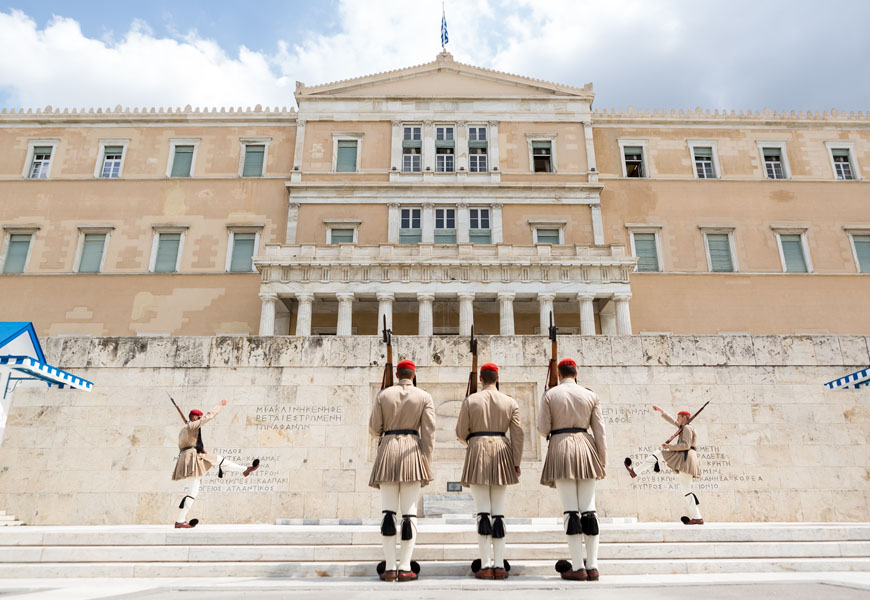 At Syntagma Square you can visit the Greek Parliament and the monument of the Unknown Soldier. Until 1843, it was called the Palace Square, as there was the palace of King Otto. The current name of the square is due to the Constitution granted by Othon after a great popular uprising that has remained in history as “Revolution of September 3rd’’. The Unknown Soldier’s Monument is a monument representing a war grave of unrecognized soldiers who offered their lives in the numerous wars of Greece’s history. In Syntagma Square the Evzones (Presidential Guard) guard the Tomb of the Unknown Soldier around the clock. The Evzones perform their movements in a very slow and extremely elaborate way, change positions between them every fifteen minutes and then remain completely still. Small guard changes are made every hour. The Big Change of Guards takes place at 11 am on Sunday morning and includes the entire Guard with its officers and a military band. Big Change is a popular Sunday show for Athenians and tourists.