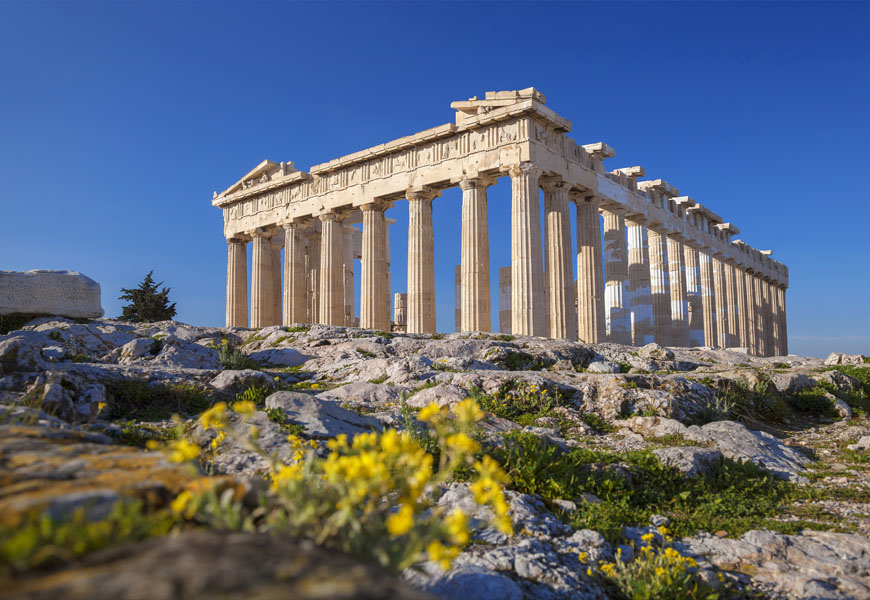 The temple built in honor of the patron saint of Athens is the most visited building in Greece. Combining your visit with the modern Acropolis Museum is the ideal way to get to know the past of the city. The Temple of Athena of the Parthenon, dedicated to the goddess Athena, will be an eternal monument of the Greek spirit. The Parthenon is considered to be a timeless symbol of ancient Greece, Democracy and one of the world’s greatest cultural monuments.

The construction of the Parthenon was under the general supervision of the artist Pheidias and began in 447 BC, when the Athenian Empire was at the top of its power. It was completed in 438 BC, although the decoration of the building continued until 432 BC. At the time when Pericles ruled, the present Acropolis was built. Pericles was a Greek politician and General of Athens during the Golden Age who turned Athens into an imperial city after the victories in Persian War.

An equally clever and miraculous feat was the transfer of all the marble from Mount Penteli, 20 kilometers from the sacred rock of the Acropolis of Athens. They used a dominance of ropes and wooden cranes to transport and lift the huge stones in place. How they managed to do this is still a mystery. How did the Athenians accomplish this colossal project with the tools and resources of the time? How did they achieve such impeccable dimensions and balance. How do workers work with such precision, sometimes in a fraction of a millimeter without the help of modern technology? These questions still remain unanswered, 2500 years later.